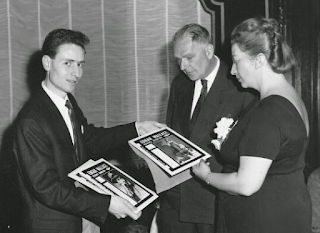 In recent times we`ve had to replace a knackered hard-drive and also upgraded our Windows thingy.

An unexpected side-effect of these events has been that a number of e-mail addresses have vanished from our `contacts` list, including yours.

I had assumed that you could still be contacted via Black Horse Extra but seemingly that is not the case.

In the absence of any better method, I thought I`d use the blog to wish you all the best for Xmas and the New Year !

NOTE ; If anyone is in touch with Keith and sees this, perhaps you could draw his attention to it. Thanks.

Posted by Hoonaloon Collectables at 10:06 No comments:

A Sextonian Apology (and a Promise of Good Things to Come)

A thousand apologies for the lack of anything new on this blog in recent times.

I will be back with more Sextonianism (including further instalments of my Mark Hodder interview)
as soon as I possibly can.

Nick
Posted by Hoonaloon Collectables at 04:11 No comments:

Before we return to our look at the life and work of Mark Hodder, I`d like to think laterally  and bring to your attention two writers who`ve produced mysteries set in the nineteenth century.

The first is Angela Rigley. Ms Rigley resides in Langley Mill on the Notts/Derbys border - not too far from Chateau Hoonaloon as it happens - and has a number of novels to her credit. She is best known for her historical fiction but has also produced novels aimed at young adults and has recently diversified into editing manuscripts for her publisher.

An interview with Angela can be found at http://bluewoodpublishing.com/Authors/Interviews/I-AngelaRigley.html

Whilst remaining in the world of historical fiction, Lea Croft is the first novel of hers to feature a murder and mystery motif. "An everyday tale of muder and life in a Victorian village" say her publishers and indeed the author does bring a healthy dollop of murder and intrigue into the fictional Derbyshire village that gives the book its` title. 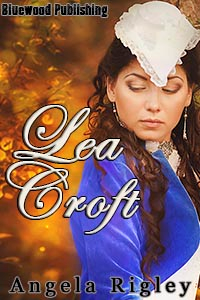 Keith Chapman is an old friend of this blog. His writing career has included stints with the Sexton Blake Library and the Edgar Wallace Mystery Magazine. After working for many years as an editor and journalist in recent times he has written a number of novels, mainly Black Horse Westerns (under the name Chap O` Keefe), though with occasional deviations into other genres, notably Witchery ; A Duo of Weird Tales.

A two-part interview with Keith telling the fascinating story of his writing career was posted at http://tommcnulty.blogspot.com on 8 and 14 Nov 2014.

In a recent e-mail , Keith commented on his fictitious Pinkertons` Detective Joshua Dillard, central character of The Lawman and the Songbird and others ;

"You could say that after all these years I`m still trying to fly the flag for hardboiled mystery, albeit my detective Joshua Dillard, unlike Sexton Blake, operates only in the 19th century !" 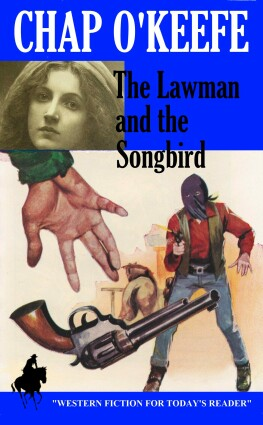 Posted by Hoonaloon Collectables at 10:09 No comments:

For some time now I`ve been posting my recent interview with Sexton Blake author Mark Hodder on this blog in instalments.
Parts 1 - 3 apppeared on 8, 15 and 19 October respectively so now it must be time for Part Four !
**************************
Q)  From comments you`ve posted online* I would think you have a very different worldview to that of Blake, yet you clearly have an enduring fascination with his world. Why do you think that is ?
A) Yep. There you have Blake upholding the superiority of the British Empire and British principles and British character...and here you have me putting the boot in at every opportunity.
Here`s the truth. When you look at propaganda it tells you more about what it`s seeking to defeat than what it`s striving to support. It`s that old truism of psychology : listen to how people insult others, for it reveals what they`re most deeply afraid of.
Blakes` world is intriguing to me because, in the early years, it is so crammed with self-confidence : this is right, that is wrong, end of story. That unquestioning attitude then gets a kick in the teeth with the First World War , and we have this sudden explosion of super-criminals most of whom can be read as physically or psychologically damaged, or as people who can no longer understand how they fit into society.
The Second World War knocks the Blake world even harder. Now the adventures are suddenly about ordinary people effected by crime, as if all the big world-spanning ideas and conflicts have been relocated to the average persons` kitchen. Aristocracy becomes an irrelevance. And on into the `50s and `60s , during which time Blake hardly represents anything but himself, in a manner that often feels rather empty and soulless.
So for me, the Blake saga, from beginning to end, is a historical document, but rather than examining history from on high, as historians tend to do,  it observes it from pavement level  and so gives a far better feel for how the world was.
**************************
That concludes Part Four of my interview with Mark Hodder, author of The Silent Thunder Caper and one of the contributors to the short story collection Zenith Lives. Both titles can be acquired from publisher Obverse Books at http://obversebooks.co.uk .
Part Five will be along soon, so watch this space !
* "The capitalist system, in divorcing itself from social responsibility, has so undermined itself that people are now waking up and fighting back." Mark Hodder - `More Thoughts on Steampunk` -  Mark Hodder Presents, 27 Feb 2012 ( http://markhodder.blogspot.co.uk ).
Posted by Hoonaloon Collectables at 08:28 No comments: 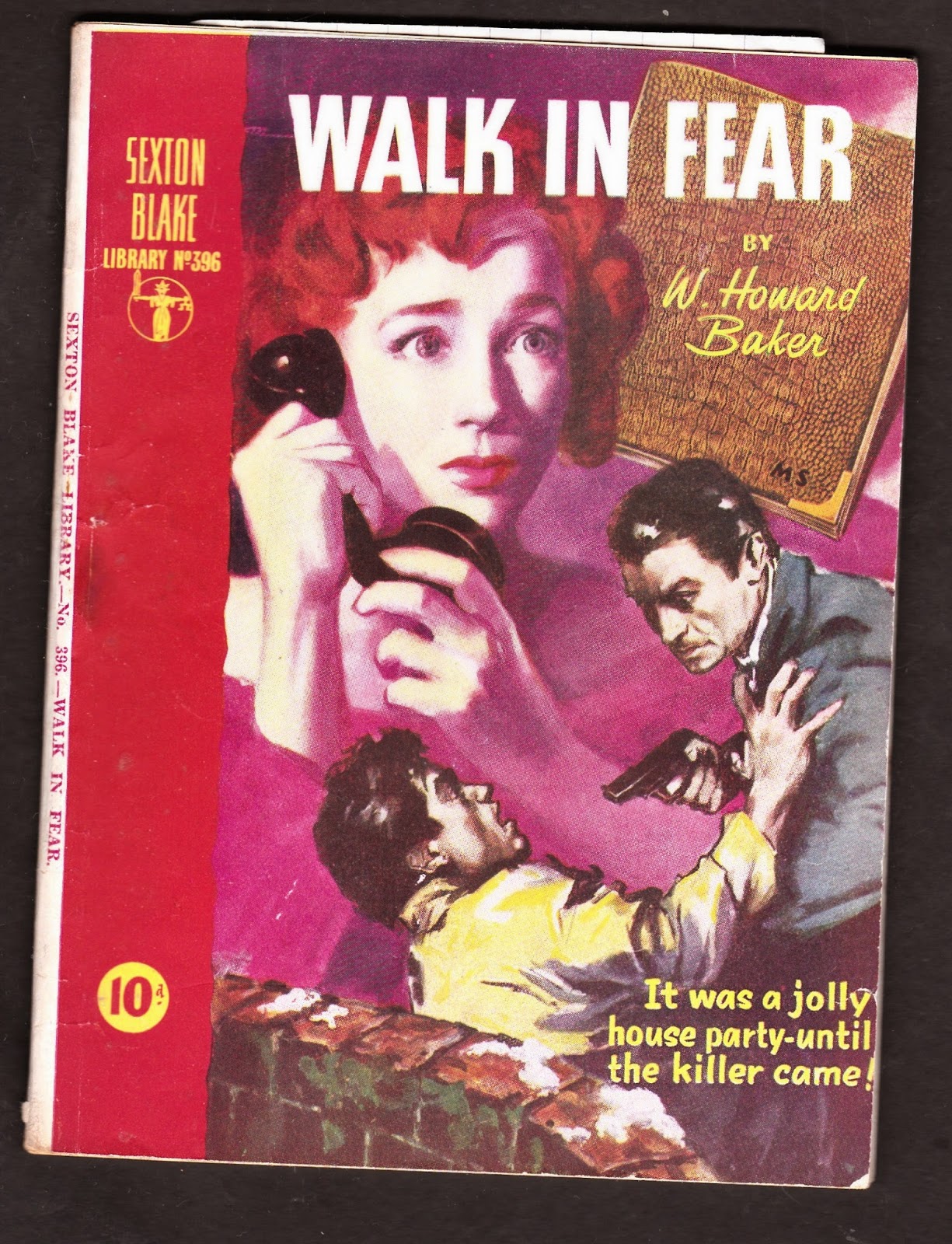 A very classy performance from SBL editor W Howard Baker here, not necessarily the kind of thing I associate with him.

Walk in Fear is partly a  mildly humorous detective story, partly a satire on the publishing industry. More than once I wondered if some characters were drawn from life, especially the more scathing portrayals.

The writing is often witty, with some very keen insights here and there, as in this portrayal of one characters` wartime RAF service ;

"They had been boys in 1940, contemptuous of death because they did not truly understand it ; unafraid because they were unable to appreciate that they were not immortal. They had taken risks because they hadn`t really divined the risks they were taking. They had lived dangerously, and the business of living had been a grand and glorious game.

But 1940 was seventeen years behind them now. They were all mature, reasonable, thinking men. Only John Bovis remained.

He was not mature. Often he was not even reasonable. Rarely did he consciously think."

There are one or two in-jokes here and there ; at one point Blake comments "I had some dealings with Edgar Wallace long ago." Shortly afterwards, one character expresses what may be Bakers` own experience of editing the SBL ; "Most of the trouble in my life, it seems to me, has been caused by one damned writer or another."

The plot is quite ambitious in its` scope, and the writer seems reluctant to stay within the confines of one genre - is it satire ? comedy thriller ? traditional whodunnit ? . I thought I detected the hand of Jack Trevor Story here and there, an impression re-inforced when a character from his The Season of the Skylark makes an unexpected appearance. Having said that, better men than me accept WHBs` claim to sole authorship, and I am far from being an expert on either mans` work.

Perverse though it may sound, I would not like every Blake story to be like this, but it is a personal favourite.


Footnote - after Amalgamated pulled the plugs on the SBL, WHB carried on with the series for a time. During this period an expanded version of Walk in Fear appeared with the title Every Man an Enemy (SBL Series 5, Number 22, 1966).

Every Man an Enemy was published repeatedly - by Mayflower in 1966, by Zenith Publishing (London, date unknown) and in the US by MacFadden-Bartell. It was also included in The Fifth Sexton Blake Omnibus (Howard Baker Books, 1969).

Posted by Hoonaloon Collectables at 08:19 No comments: 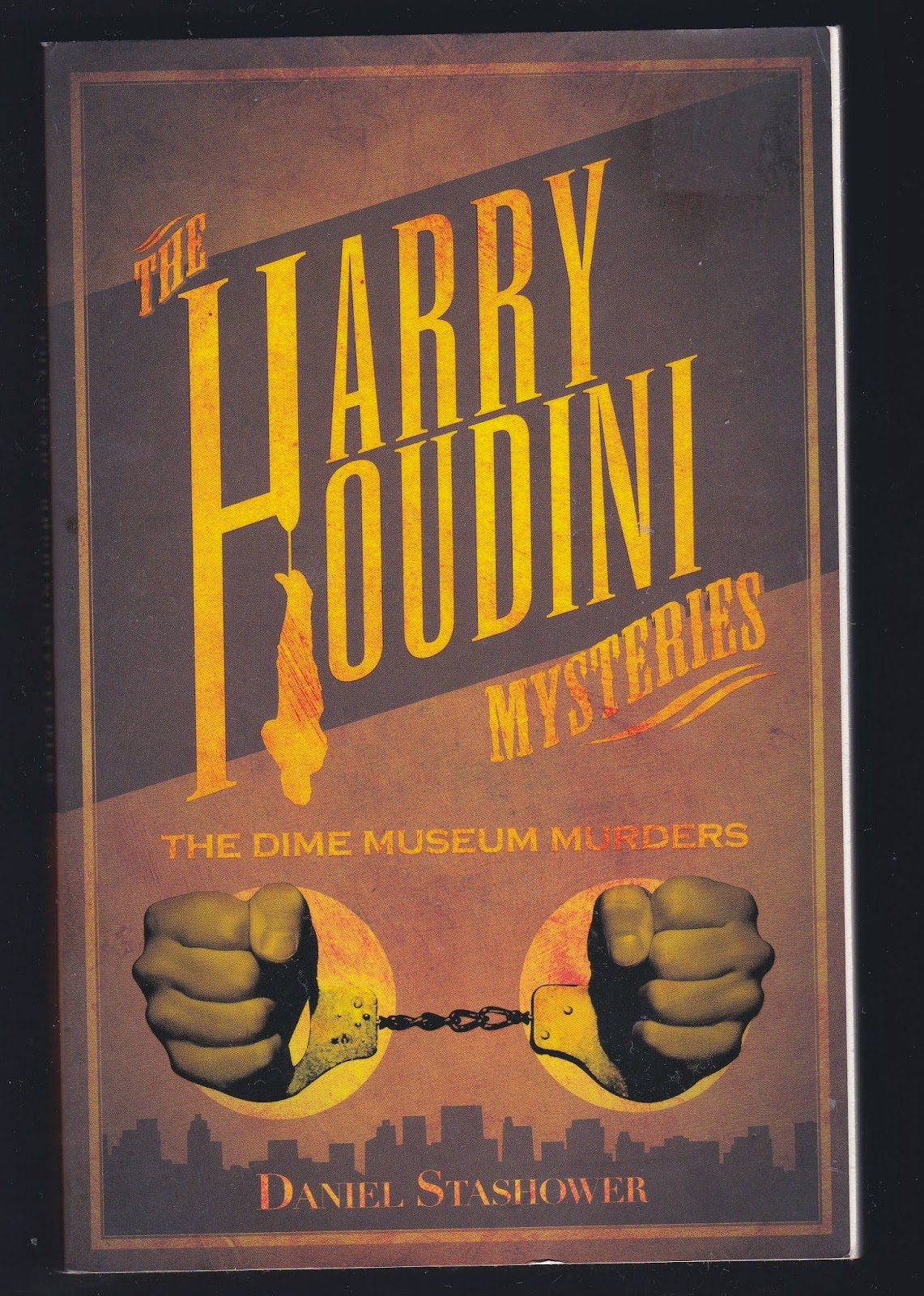 I abandoned the practise of occasionally looking at the wider world of crime fiction some time ago, largely because I didn`t feel I had the time to do it justice.
Having said that, visitors to this blog may be interested in two books I read not so long ago, The Dime Museum Murders by Daniel Stashower and The Affair of the Incognito Tenant by Lora Roberts.
I don`t review anything unless it`s fairly fresh in my mind but I will just say that I personally found The Incognito Tenant the more satisfying read and I will certainly be finding out whether Ms Roberts, who has a number of crime novels to her name, has written any other tales featuring her character Charlotte Dodson. 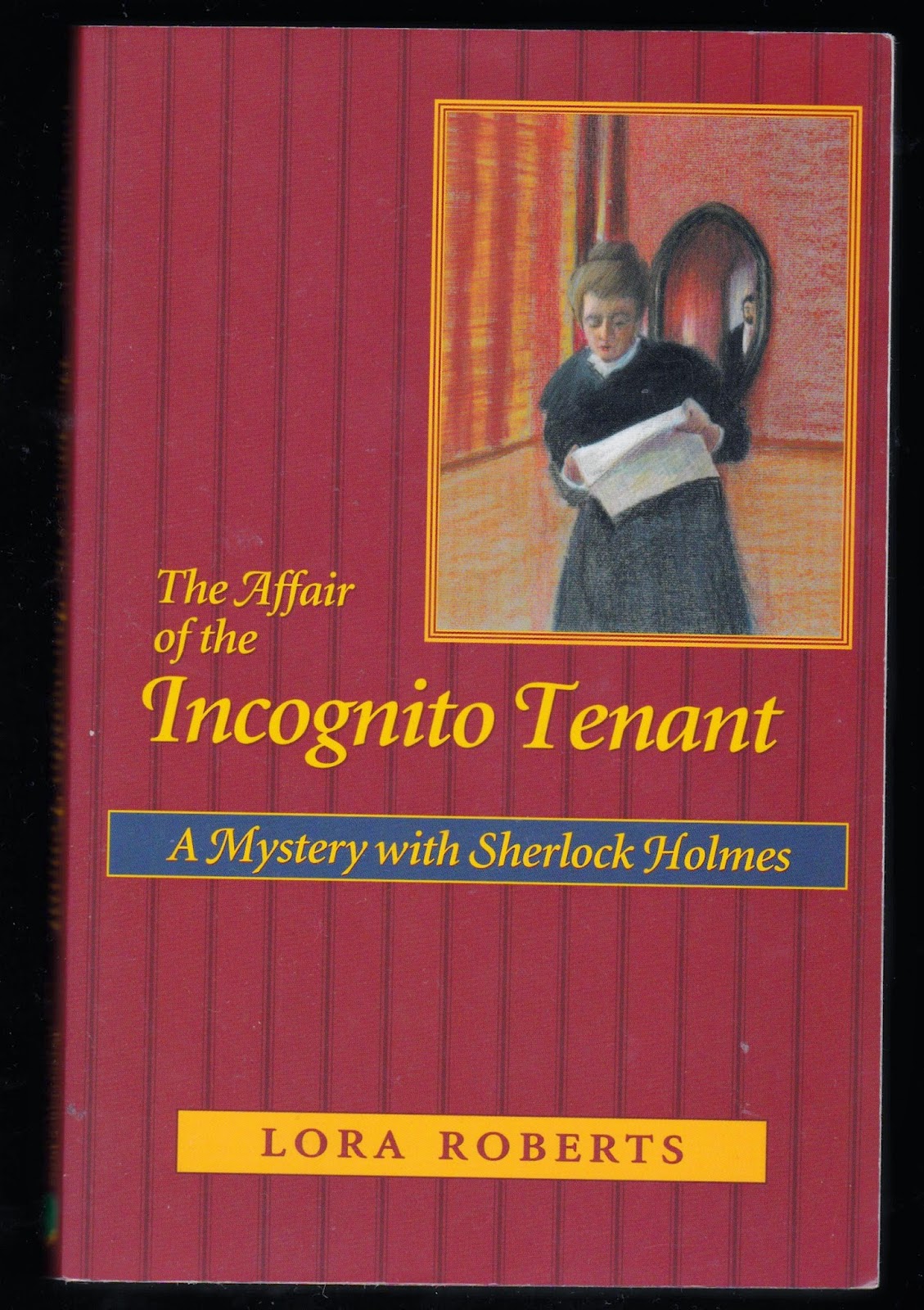 I rarely visit the websites of writers ( or actors ) as it only encourages them, but I`m sure if you have a quick search on the web you`ll find plenty of material about Roberts and Stashower, both of whom have added their own personal twist to some fairly familiar ingredients with imnpressive effect.
Posted by Hoonaloon Collectables at 07:32 No comments:

We come now to the third part of my recent interview with Mark `The Silent Thunder Caper` Hodder.

Parts One and Two were posted on this blog on 8 and 15 October of this year and are still to be found lurking there.

We turn now to my third and most predicable question ;

Q) Who are your favourite characters from the Blake tales and why ?

A) I`ve always had a soft spot for George Marsden Plummer , simply because his early tales, by the mysterious Michael Storm*, are exceedingly well-written, and also because I think it`s a great idea : a high-ranking Police detective who uses his knowledge of the criminal underworld to his own advantage. That was ahead of its` time for sure. I like the psychology of Plummer. He believes he deserves better by virtue of his family connections to aristocracy , and thinks his less lordly status is an unfortunate quirk of fate that flies in the face of what`s `right`. I really connect with that , as my mother had the same attitude, though she never became a super-villain.

Zenith, of course, is right there at the top of the league. Anyone who`s read Zenith loves Zenith. He has an otherworldliness that really appeals. In some respects he`s an interesting counterpoint to Plummer in that he has the aristocratic position but considers it worthless.

This question of the value of the aristocracy  and the difference (if any) between an aristocrat and a commoner was integral to the zeitgeist of the inter-war years and has always fascinated me. It`s even become a theme of my own `Burton and Swinburne` series. Perhaps it`s why I chose to revive The Three Musketeers**. Three common criminals hiding behind a facade of `Hooray Henrys` ..that`s got to be fun ! A trio of psychopathic Bertie Woosters !

That concludes part three of my Mark Hodder interview, watch this space for more from me and him !

In the meantime you can keep up to date with this literary lad by visiting these sites ;
http://obversebooks.co.uk and www.mark-hodder.com .

** Not the Dumas characters, but three villains from Sextons` illustrious past ;
http://www.mark-hodder.com/Blakiana/musketeers  .

Posted by Hoonaloon Collectables at 07:30 No comments: